Cosmetic Surgery is a touchy subject – well at least it is here in South Africa. I’m not sure why it is still so taboo, even in 2014?! It may not be for everyone but I don’t see why people should frown upon it.
I am in two minds about cosmetic surgery:
I believe in it and I don’t.
I guess it follows my stance on most things: everything in moderation.
I believe in using the skills and expertise of a great, reputable surgeon to help you look a certain way and gain confidence. I do not believe in using thousands of Rands/Pounds/Dollars to make yourself look fake. I know plenty of people who have used cosmetic surgery in so many good ways, I have heard some horrifying stories of people being butchered and I’ve seen some serious plastic working around.
I have had cosmetic surgery. Three times.
There, I said it!
Now that that is out of the way, I can explain myself.
Because I want to, and not because I have to.
My first taste of the knife was when I was just thirteen years old. (Gasp! Shock! Horror!)
And it was purely for medical reasons.
I went to a local water park, went down a slide forward facing (just as you are not supposed to!) and went head first into the bottom of the pool. I came up to find my fingers stuck in a gaping hole in my forehead and blood flowing steadily. I was rushed to hospital where a plastic surgeon stitched the hole closed by pulling my forehead skin to my hairline to avoid a 40 stitch Harry Potter scar across my forehead. Instead, I have a very faint Nike tick scar on my hairline – you can only really see it when it’s really cold as it goes a slight purple colour.
This cosmetic surgery helped and was needed in so many ways.
My second encounter with the knife was voluntary and vain (as most people will say). In 2010, two months before I walked down the aisle, I had breast augmentation surgery. I had very little breasts but they were an odd shape. They started very low down my chest and I have a protruding chest bone on my left side of my chest – both which I hated. They looked horrible in vests, strappy dresses, pyjamas and swimwear. I wanted something fuller – especially for my wedding dress and bikinis on honeymoon. So in August 2010, I went under general anaesthetic and under the knife – and I woke up to fuller and perkier breasts and two tiny scars.
I was delighted and felt like a new person. I loved the way my wedding dress fitted me and I felt good on honeymoon and for months after. 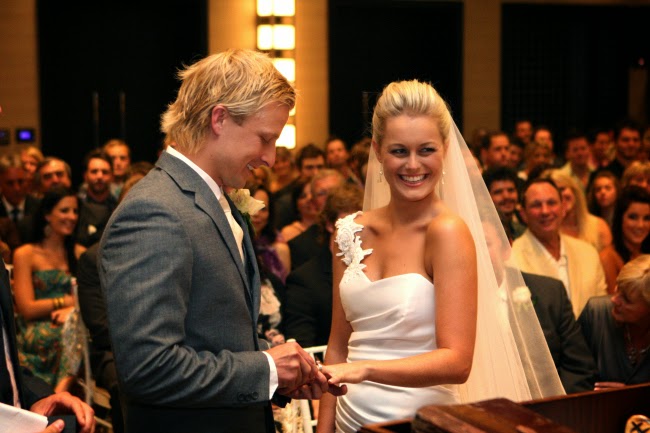 Unfortunately, the inevitable happened – two pregnancies and two breastfeeding experiences later, I was left with terrible breasts once again. This time, a different issue – too big, too low and too much shape. So I went to see the same surgeon and asked for his help.
I’m going to answer the question you and everyone is asking – but aren’t you going to have a third child? Yes, hopefully we will. That is our plan. But only in 3-4 years time. And for me, that is a very long time, living in a coastal city, going to the beach and being in our pool as well as not wearing any strapless or off-cut tops and dresses because of my breasts. I have become grumpy and miserable and have lost all confidence because of them. It has changed me as a person because of how I look on the outside (added to the extra weight that I am trying to lose!) I have made a decision based on now and the next few years, and I would like to enjoy them.
So a few weeks back, I went in for my second breast augmentation surgery. The plastic surgeon cut open, removed the previous implants, lifted the tissue, cut away the excess skin and replaced with a smaller implant to give more shape. I woke up already feeling ‘smaller’ and happier. I am now recovering from this surgery which has been easy and pain free – and I cannot wait to get back into exercise training, running and then wearing a bikini this Summer.
This is my story, and what works for me.
Remember, that everyone is different.
What are your thoughts on cosmetic surgery?
Have you ever had cosmetic surgery?
x