Skip to content
MC and I have always known we wanted children.
It was something we spoke about from the very early days – we discussed how many (3!), the different boys and girls names that we liked and when we would start trying (2 year wedding anniversary). But 6 months after getting married, babies became a topic of conversation again and we asked ourselves when the right time would be? The answer is simple, we cannot decide on this “right time” so we would leave it up to our Lord Jesus – he would know when it was right to bless us with a little one.

In June 2011, we made the conscious decision, as a couple, for me to stop taking my Pill. We decided not to tell anyone that we had stopped using any contraception and that we were trying to fall pregnant so as to avoid any added pressure or monthly questions. We had listened to our gynae and other friends who said that it could take up to 3-6 months for my body to regulate and for us to conceive, but our dear Lord Jesus had other plans, he decided we were ready RIGHT THERE AND THEN.
In August 2011, (after having a big night out for my birthday, dosing up on medication for a bad bout of flu and about to embark on a holiday to Mozambique which is high malaria area), I realised that “that time of the month” hadn’t arrived… So I took a pregnancy test and there appeared TWO lines?! As untrusting as I am, a downed a bottle of water and took another – and only ONE line appeared. The rollercoaster of emotions is hard to ever explain – the excitement and joy of being pregnant and then the utter disappointment of maybe not… But someone always told me – it’s very difficult to have a false positive! I went for blood tests the next morning and one word changed our lives forever – POSITIVE!
And so our journey began…
A cancelled trip to Mozambique
4 weeks of intense ‘all day’ sickness
A paralytic reaction to the prescribed anti-nausea medication
Sudden increase in breast size
Decision to have a c-section
The decision to not find out the sex of our baby
A growing belly
A very hot start to Summer
Nursery designing and planning
Name deciding (girls & boys)
Change decision to have natural birth
2 trips to Mauritius
Being a bridesmaid at 29 weeks
Antenatal classes
Daddy’s dream of all things pink and girl (how right he was!)
Attending 5 weddings in the third trimester
Being put on bed rest
Spiked blood pressure
Pre-eclampsia diagnosis
Decision made by gynae to have c-section
And then it all happened… I went for a routine blood pressure check up on Friday, the 13th of April and with a dangerous spike in my blood pressure (again!), I was told to go home, collect my husband and hospital bag and check in that afternoon for my c-section. At 11am, I was admitted into our wonderful hospital, prepped for theatre and at 14h55 – our little precious princess – Sophie Jade Rosenberg – was born weighing 3.34kgs and a height of 52cm at just 37 weeks.
What a true miracle and blessing into our lives. 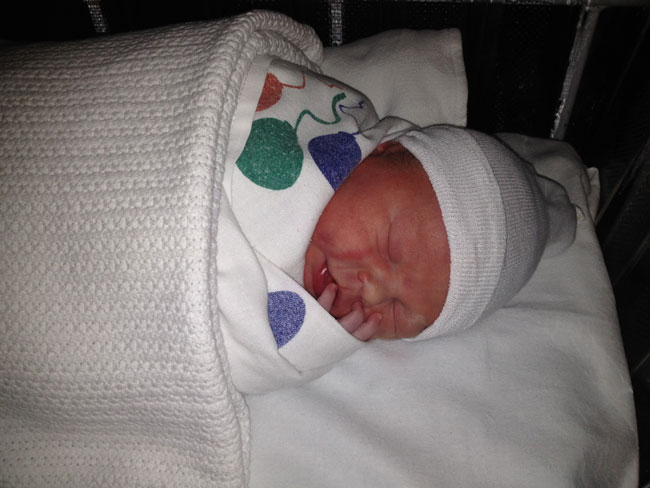 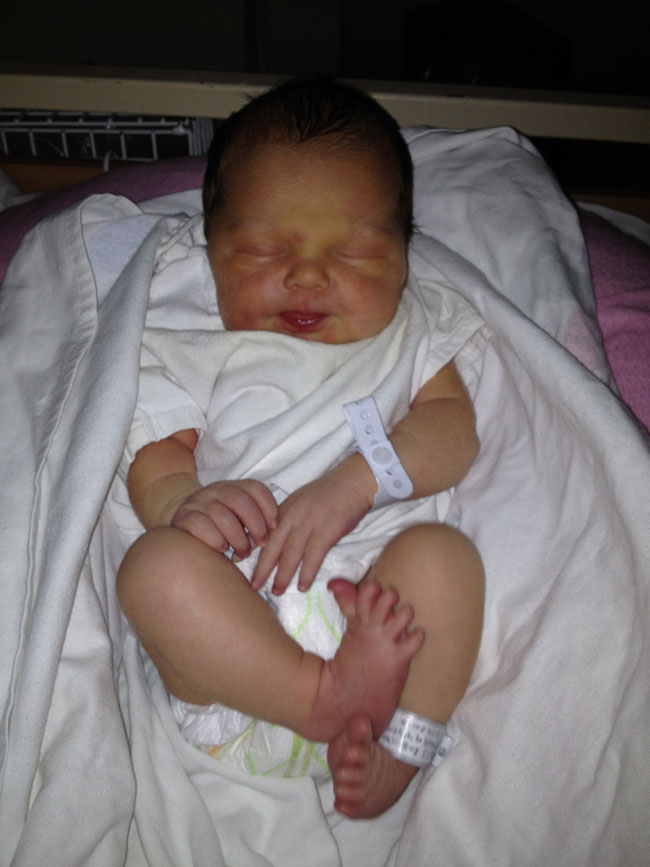 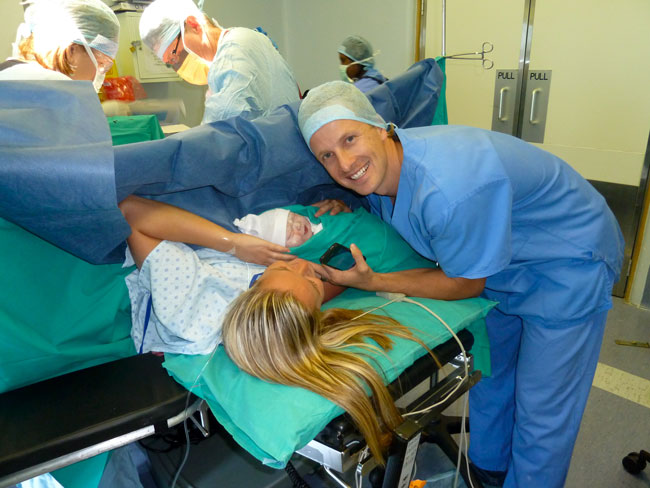 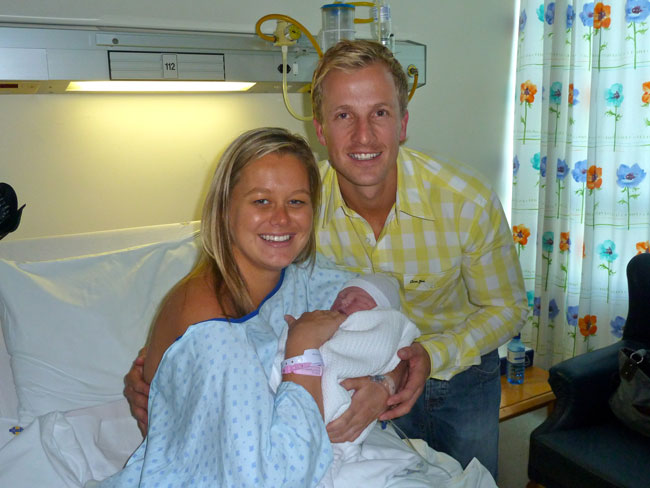 In May 2013, I had severe bleeding and after a routine gynae check up, I was told that I had probably had a miscarriage (whilst on the Pill). My gynae suggested that I give my body a break for a while, and in preparation for our next baby. MC and I had decided that this was not thr right time for us to fall pregnant so we would be careful for a months until we felt the time was right.

Fast forward to August 2013 and we decided that we would try and track the next few months of ovulation, and hopefully start trying by the end of the year. Unfortunately for us, the ovulation kits for August and September were both negative and according to these readings, I was not ovulating. In October, I woke up one morning feeling very queasy and just not myself. My cycle had been late again but it was very irregular after coming off the Pill. After a very nauseas morning, I bought a pregnancy test and it was POSITIVE. It is still a mystery as to how I fell pregnant with no ovulation?!

And after all this drama and emergency and hype of activity, our precious little angel and second princess was born – Ellie Nicole Rosenberg was born at 35 weeks weighing 2,8kgs and a height of 50cm. A big shock to most people (especially daddy) as everyone thought I was carrying a boy.

But what a wonderful surprise! 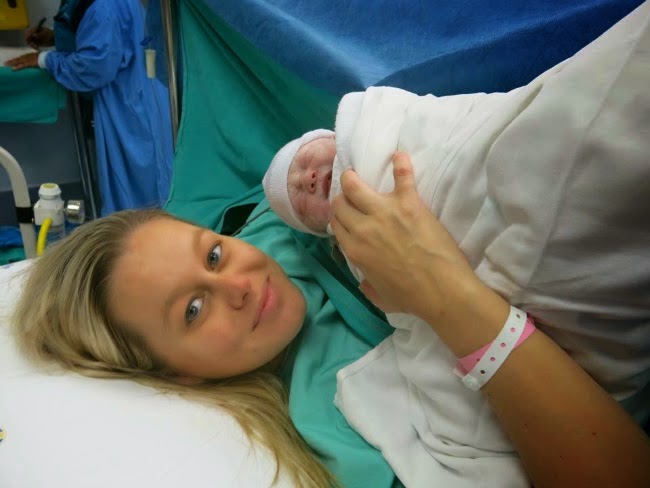 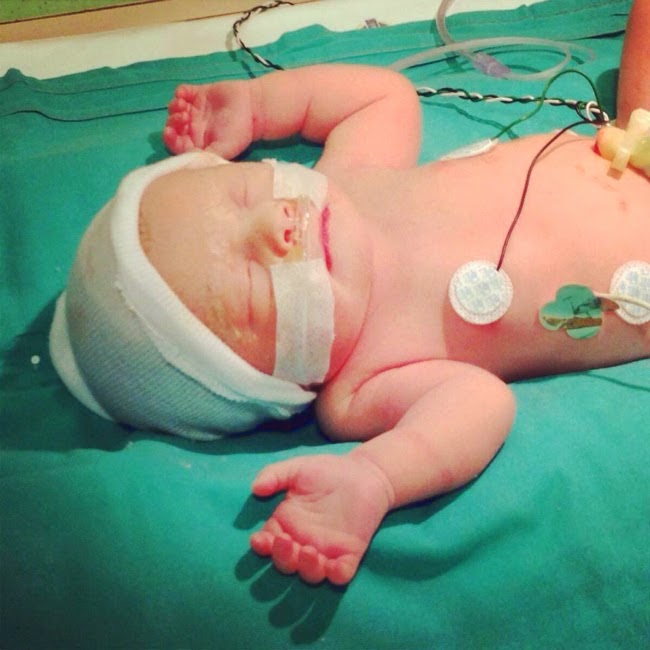 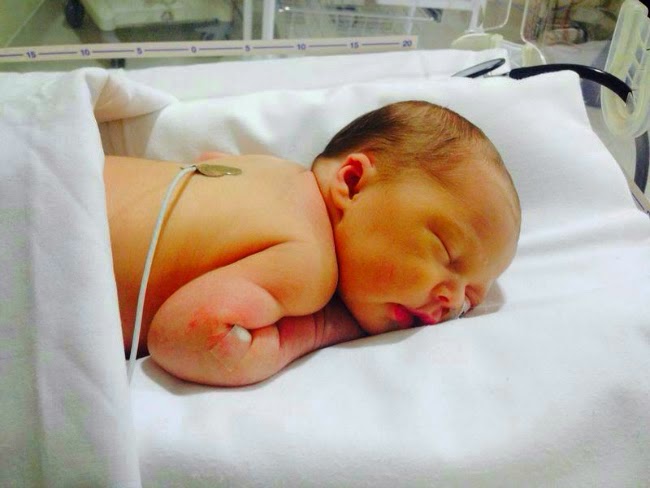 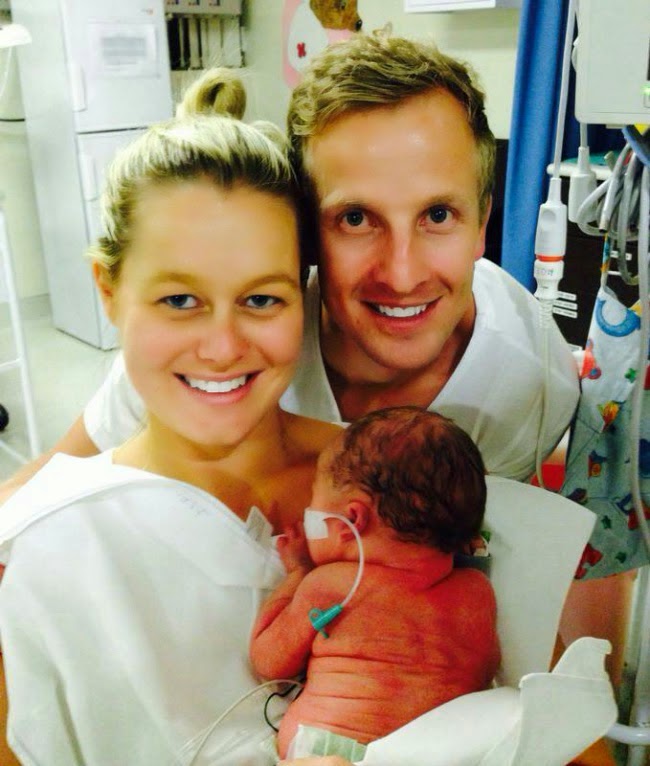